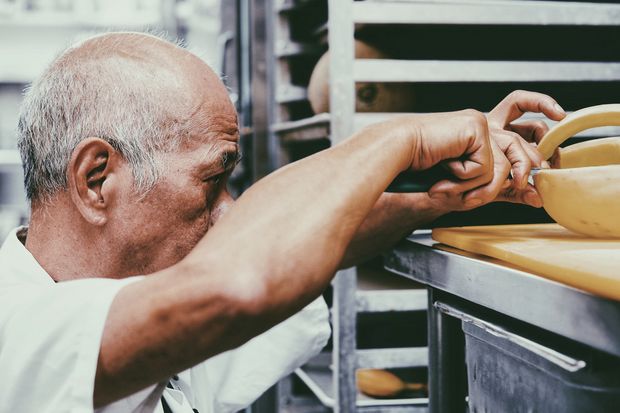 
Ask those not yet retired, and many Americans will say they plan to work beyond retirement age. But in reality, many of today’s retirees were forced into retirement long before they were ready, according to a recent survey.

Though many people latch on to a specific age or dollar figure for the start of their retirement, only a third of the more than 2,000 retirees surveyed by nonprofit Transamerica Center for Retirement Studies actually made the shift when they had planned. More than half ended up retiring sooner, most often because of losing a job or organizational changes at their employer. And 47% of those who did retire early were forced to because of health issues. The survey’s median retirement age was 63.

Retiring at 66 instead of 62, for example, increases retirement living standards by a third, the researchers found. Delaying retirement by even one year is about 3.5 times as financially beneficial as saving an additional 1 percent of wages over 30 years.

Yet, in Transamerica’s survey, only 9% of retirees were doing some form of paid work, and less than one-fifth of respondents had transitioned into retirement by reducing work hours or taking a less demanding position. The majority went into retirement cold turkey.

Part of the reason may be timing. The median age of those surveyed was 71, which meant many retired a couple of years after the financial crisis, when the job market wasn’t as robust as it is now, says Catherine Collinson, president of the Transamerica Center for Retirement Studies.

Still, the center’s other surveys show that even though employees want a flexible and personalized transition into retirement, it is not something on many employers’ radars, Collinson said. And in a recent survey of 143 large U.S. employers by Willis Watson Towers, only 9% of employers offered a formal path for phasing into retirement, as so many financial advisers and retirement experts recommend.

That isn’t just a problem for retirees, but companies, too. About 83% of that employers that Willis Watson Towers surveyed report a significant number of workers at or near traditional retirement age, and the majority acknowledge the importance of their older workers and managing their retirement.

In other words, companies are facing a brain drain, yet only a quarter feel they have effective approach to their aging workforce. Nearly two-thirds of employers, for instance, don’t currently offer nor have plans to offer employees the option to work shorter workweeks.

Other more gradual paths to retirement are also not widely available, such as offering a way for older workers to transition into new roles. A member of the management team could switch into sales or an intellectual-capital type of role, for example. This is one of the better steps companies can take. It not only keeps older workers from retiring, but can also re-engage those who do have to work longer. All the while, it opens up jobs for midcareer employees so they don’t get frustrated and leave for other opportunities created by a tight labor market, says Lauren Hoeck, director of retirement at Willis
Towers Watson
.

So far, the approach with the most traction is allowing retirees to come back as consultants, with nearly half of employers offering that as an option. More broadly, the health-care and technology industries are further along in embracing some of these steps, while financial services is among the laggards, especially in terms of offering flexibility.

A tight labor market could be the push for more employers to embrace some of these efforts.

Write to Reshma Kapadia at reshma.kapadia@barrons.com