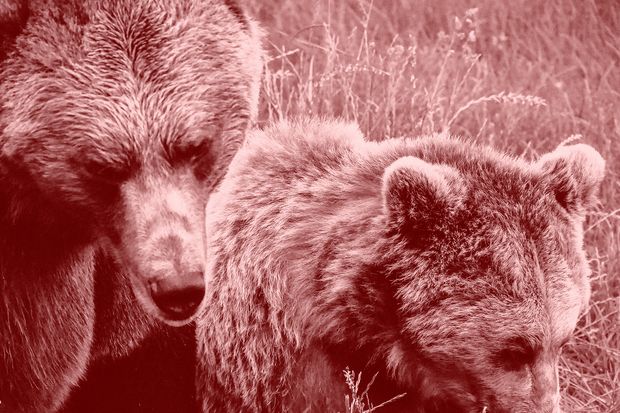 
Santa’s sleigh is usually pulled by reindeer. This year, it looks as if it will be pulled by a team of bears.

What’s striking is how quickly we’ve come to this point. Entering December, all three indexes were in positive territory for the year. Now, the Dow, down 12% this month, is on pace for its worst December since 1931. While government shutdowns and cabinet resignations make for good headlines, there is only one thing that gets the market to slide like that: recession fears, in this case exacerbated by a Federal Reserve that seems reluctant to acknowledge that possibility.

The odds of a recession have increased. Jason Pride, chief investment officer of private wealth at Glenmede, puts the chances of a slowdown at about 35%, and while that means there’s a 65% chance that a downturn is avoided, those are “not gambler’s odds,” he says, referring to what a pro would require to make a bet. What’s more, when the odds of a slump are that high, it signals a high level of fragility in the economy, which means that an accident—whether from the Fed, the White House, or something we haven’t even imagined yet—could “come out of left field and knock this economy into recession,” Pride says.

It’s not just the economy that’s fragile. Markets, too, appear to exist in a state where the slightest hint of danger causes it to break. Some of the swings are surely due to high-frequency algorithms programmed to act on the smallest signals. On Friday morning, the Dow shot up 394 points after New York Fed President John Williams said that being data-dependent means listening to the markets. “What better example than this, to see that the machines are in control,” writes Andrew Brenner, head of international fixed-income securities at NatAlliance Securities. The Dow gave back all those gains, and finished the day off 414.23 points.

The volatility is compounded by other rules-based investors. Brian Singer, head of the dynamic allocation strategies team at William Blair, argues that popularity of factor-based and other rules-based investing means that too many managers had been buying the same stocks—particularly the highflying tech titans—and they’re likely now selling at the same time. “A lot of systematic, rules-based strategies that performed so well over the last few years are under market attack,” Singer says. “The problem is that there has been so much commonality in these players that it puts pressure on tech securities out there.”

(AMZN) are in bear-market territory as well.

There are still some positive signs. One measure of investor sentiment—the put/call ratio—is at its worst ever, suggesting that the market is oversold.

Still, the longer the market keeps dropping, the more damage it can do, says Christopher Harvey, head of equity and quant strategy at Wells Fargo Securities. That could trigger a vicious cycle, in which falling stock prices cause credit spreads to widen, which causes the cost of capital to rise, which makes it harder to access money, which means companies invest less, and eventually the economy slows.

“In 2019, growth was already expected to decelerate and now we have the potential for the capital markets to amplify the anticipated slowdown,” Harvey writes. “In the near term, we see little to mitigate the cycle’s acceleration.”