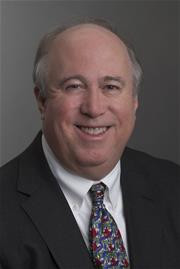 MEMPHIS, Tenn. – September 11, 2018 – International Paper announced the retirement of C. Cato Ealy, senior VP of corporate development after 26 years with the company. His retirement will be effective Dec. 31, 2018.

Ealy joined the company in 1992 as director of corporate development. In June 1996, he was promoted to VP and was elected as a senior VP in June 2003. Ealy has been responsible for the company’s acquisitions and divestitures. Most notably, he played a key role in developing and executing the company’s transformation plan, which included significant divestitures and several important acquisitions transforming International Paper into a leading global packaging, pulp and paper company.

“Cato has been a key contributor to the success of International Paper for nearly three decades helping to make IP a more sustainable and profitable company,” said Mark S. Sutton, chairman and CEO. “All of us wish him the very best in retirement.”